Getting in Touch with My Heritage 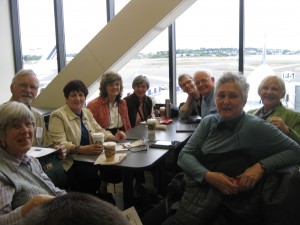 This diverse group of mere acquaintances met up at the Boston Airport on Wednesday, September 25, 2013 to catch a flight on Aer Lingus to Shannon, Ireland.  What began with introductions and “nice-to-meet-yous” ended in hugs and “I-love-yous”, and “I’m-going-to-miss-yous” on their return trip October 5.  Follow me for the next few days as I take you on the trip through the images and stories we all collected.  Hear about Ireland and the experiences we had and the friendships we’ve made, in the group, and with the people we met along the way.