Pack lightly and don your walking shoes to explore the art and culture of a unique country with a small group of 10 people (couples welcome) with well-traveled hosts–Carol Morris and me.

Only $2500 includes airfare, hotel stays and breakfast, all ground transportation including a Euro rail Pass, as well as tickets to several art museums.

We’ll begin our adventure at noon on May 5 in Galax/Hillsville and drive as a group to Greensboro Airport, arriving in Madrid, Spain on Sunday, May 6 at 8:25 am.

We’ll taxi to our hotel (twin double rooms) that is located in the Art’s Triangle within walking distance of several attractions. We’ll walk around the city and see the Mueso Thyssen-Bornemisza (home of 20th-century works including American Edward Hopper).
Monday, May 7 we’ll visit Museo del Prado (home of Las Meninas, one of the world’s most famous paintings by Velazquez) and the Museo Nacional Centro de Arte Reina Sofia (home of Picasso’s Guernica, the amazing cubic painting for the 1937 World’s Fair entry protesting the bombing of Guernica in Basque country. ) Your fare includes a Madrid Art Pass for entry to these museums. 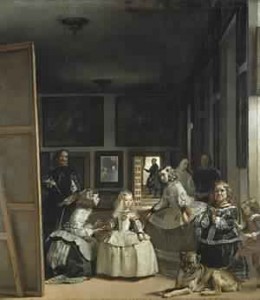 Tuesday, May 8, we’ll take the train at 8:00 am to Bilbao, arriving at 12:47 pm. A taxi will transport us to a hotel where we’ll spend Tuesday night, across the street from the famous Guggenheim. “Instantly hailed as the most important structure of its time, Frank Gehry’s Guggenheim Museum Bilbao recently celebrated a decade of extraordinary success on October 19, 2007. With close to ninety exhibitions and over ten million visitors to its credit, the Guggenheim Museum Bilbao forever changed the way the world thinks about museums, and it continues to challenge our assumptions about the connections between art, architecture, and collecting.” (http://www.guggenheim.org/bilbao) 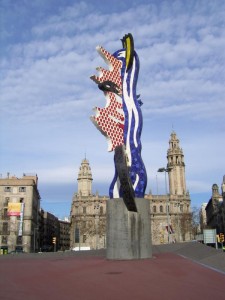 Wednesday, May 9, we’ll take the train at 3:30pm from Bilbao to Barcelona, arriving at 10:09pm, where we’ll have a hotel in the Barcelonetta area, also known as the Port Olympic Village for the 1992 Olympic Games. Gehry’s sculpture “Peix” (Fish) looms high above the seascape in clear site of the boardwalk and quaint neighbourhood. In keeping with the Spanish culture, we could check in, and then walk down the street to a wonderful local’s-type restaurant for true-blue Paella. Things are just getting geared up at midnight in Spain. 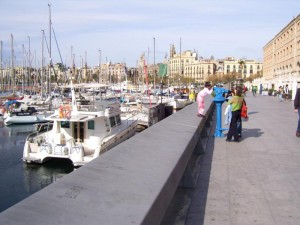 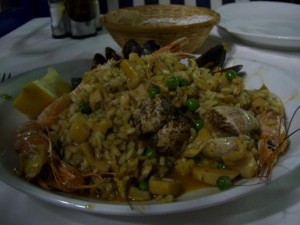 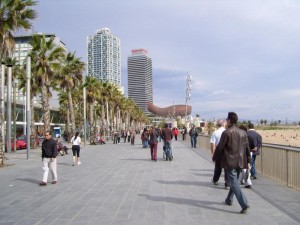 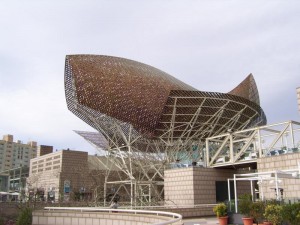 Thursday, May 10, we’ll start early and walk outside our door and catch the open air Bus Turistic (Hop on-Hop off) and get an overview of the city and all there is to see. It is a two-day pass, included in your fare, so plenty of time to pick and choose which attractions you want to see. Barcelona is blessed with a plethora of interesting architecture, especially those of Antoni Gaudi. Your fare includes entrance to ONE of Gaudi’s famous structures. Many of the attractions, such as Parc Guell, a Gaudi design, are free and some have small fees. 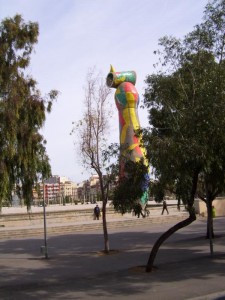 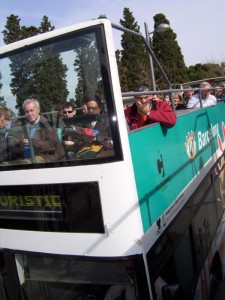 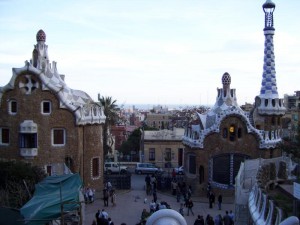 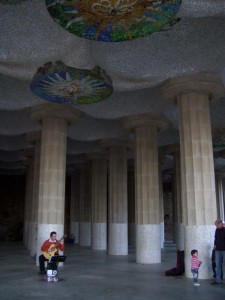 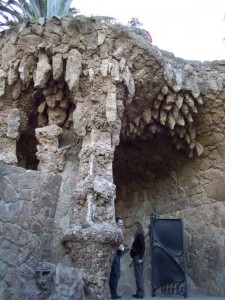 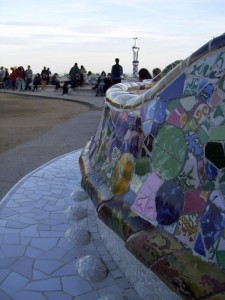 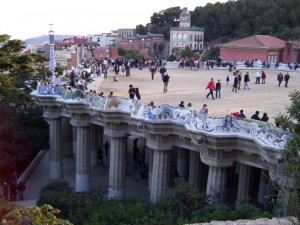 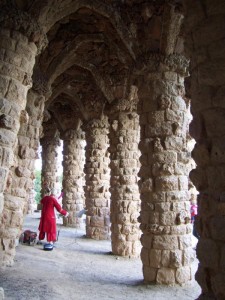 Friday, May 11, continue seeing sites via Hop-on-off. Stroll the La Rambla, Barcelona’s best-known avenue for impersonators, puppeteers and posing human statues, as well as many vendors and a variety of shops. La Rambla is divided into 5 segments, one known as La Rambla dels Ocells (birds) since there are several stands of bird merchants here. After you’ve rambled, you may want to visit Museu Picasso of Barcelona (fee included in your fare) with works from his formative years. This is a museum dedicated to Spain’s native son, but because he was anti-Franco, he never set foot in Spain after 1934. 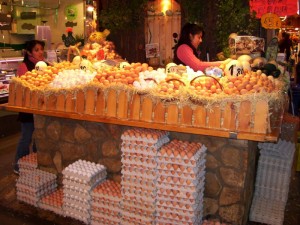 The Market on La Rambla. 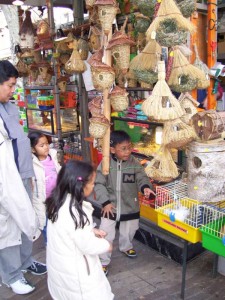 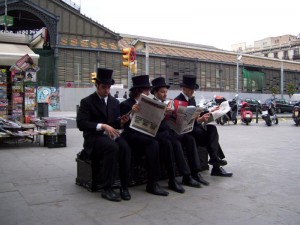 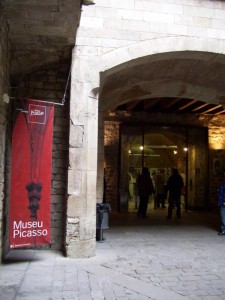 Saturday, May 12, hop on an early regional train for Montserrat, a magic mountain and monastery set into the side of oddly rounded peaks. There are trams, but there is uphill walking to do.  At 1:00 pm we will hear the Escolanets Choir sing (about 50 boys), dressed in medieval armless surplices.  The choir was founded in 1223 and is said to be Europe’s oldest music school.  We’ll also see The Black Virgin of Montserrat, carved in 1025, at the Benedictine Monestir de Montserrat Monastery. Last train back to Barcelona at 6:45 pm.
Sunday, May 13, a taxi will take us to the airport at 8:45am for a 10:45 flight, arriving in Greensboro at 7:23 pm EST.