Ballyvaughan-a good place to get over jet lag.

We continued our walk around town and found some very interesting gift shops and grocery stores. I helped Angie polish off a pastie, a typical meat pie, she found in the grocery shop. One business especially caught my eye. There was so much pride in the neatly whitewashed building with beautiful planters on the sidewalk and window boxes full of purple petunias. The windows had an interesting display of old bottles and books. The sign said O’Loclainn’s Whiskey Bar, but they were closed and I couldn’t find out what was actually on the other side of the door.

We found several interesting man-hole-covers on this trip. On the one in Ballyvaughan, the triple spiral, in Celtic symbols, represents the three powers of maiden, mother and crone. It is a sign of female power and especially power through transition and growth. The center of this symbol represents the “center ” signifying unity of the three powers. Wish I knew the meaning of the other Celtic knots and symbols. I’ve been wanting a tattoo but couldn’t decide what symbol I would want. This may be it!

The locals in Ballyvaughan were very friendly and stopped to tell us about a dry canal used to move farm animals in the summer. The same canal floods during the rainy season. On the other side of the canal bridge were donkeys that appeared to be trapped on some questionable ground between the stone walls that marked the roads and the Galway Bay. They were fat and happy and even friendly enough to let us pet them. There were several homes that still sported thatched roofs. I was drawn back to childhood and Hansel and Gretel or some other Grimm tale. The mountain in the background around town is the edge of The Burren. More to say about the Burren later.

Everyone was a walking zombie. We were all trying to get over the jet-lag by staying up as long as we could. We found several possible places for an early supper. One was an Italian place called L’Arco’s and the other a more typical pub, Hyland’s Burren Bar. A gentleman was sitting outside Hyland’s and strongly recommended it. We bit. It was actually one of the best places we ate during the whole trip. They had several wonderful seafood dishes. I had the local smoked salmon on Irish Brown Soda Bread. Yum!!! Several others had a fish chowder and loved it. Early dinner, early to bed and early to rise the next morning……. 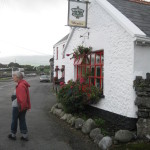 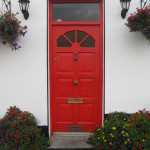 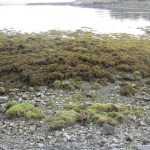 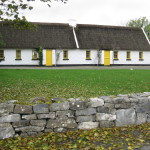 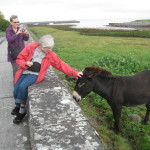 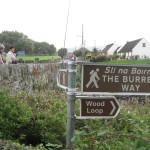 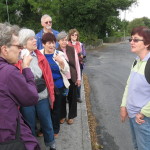 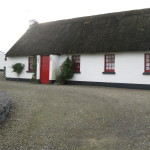 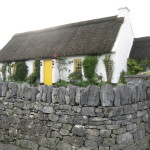 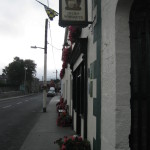 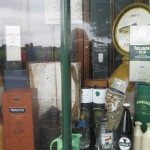 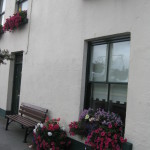 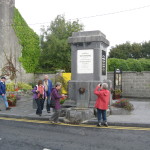 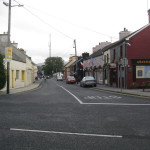 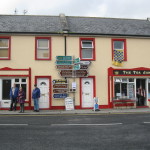 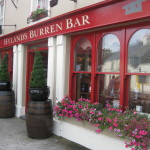 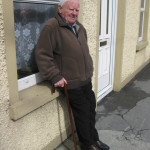 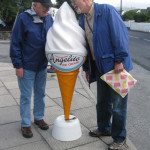 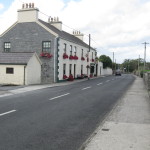 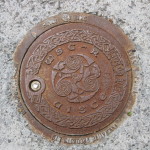 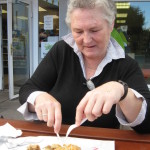 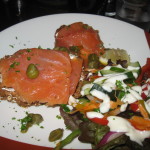