So clean, I ate off the floor!

The Dutch Oven, in Hillsville, Virginia, is so clean, I ate off the floor!

My floors are not always clean but I still practice the 5-second rule.  Grant Miller dropped a donut off the stick while transporting them to the serving tray.  I swiftly volunteered to eat it.  Five seconds hadn’t passed and that floor was clean enough to eat off.

Son Grant with donuts for the case.

Rolin and Hannah Miller are celebrating more than a year in business. They opened the Dutch Oven on Court Street, Hillsville, Virginia after years of selling donuts and baked goods at farmer’s markets and festivals around southwest Virginia.  Business continues to be good according to Hannah. “Friends and neighbors would ask why we didn’t bring our donuts to town instead of driving for an hour to sell them at the farmer’s markets”, says Hannah. “We yielded to popular demand and bought this building from the bank for a bargain, opening our business here in July 2013.”

Rolin Miller went from hammering nails to hammering the cash register.  Hannah went from one oven to another.  She trained as a baker her whole life, apprenticing under her mother, a seasoned baker with a large family to feed.  Hannah worked at various restaurants in her teen years and has been baking ever since.

The Miller’s moved to southwest Virginia from South Carolina and are raising their seven children in an 18-family Mennonite community.  The oldest is away at college studying to be a teacher.  Grant, for the time being is helping out at the Dutch Oven.  Much to Hannah’s chagrin, he will be leaving for a seven-month mission in Asia.  The other five children attend Island Creek Mennonite School, Monday through Friday.  On Saturdays, the whole family gather to help out at The Dutch Oven.

“Lunch is the big thing.” Hannah maintains.  The Carroll County Courthouse is at the end of the block and very handy for lunch on court days.   The Millers import their sandwich meats from the Ohio Amish company, Troyer’s Country Market.  There are no GMOs and no MSGs or other preservatives.  The award winning Baby Swiss cheese severed on the sandwiches was perfected over 50 years ago by Alfred Guggisberg from the Guggisberg Cheese Company in Ohio.  In addition to loaves of Hannah’s breads, meats and cheeses are available by the pound for take-out.  They also stock Amish Wedding Food brand canned goods of pickled treats and fruit butters that are traditionally served at Amish weddings.

The next time you’re speeding up and down Interstate 77 near the Virginia/North Carolina line, take a break and drive two short miles into Hillsville for a sandwich made on sourdough or wheat bread baked on the premises.  If you prefer driving the more scenic routes in southwest Virginia along highway 52, you’re only a block away from a breakfast or lunch worth driving miles for.  If a sandwich is too much, take a break for a donut or a cinnamon roll as big as a cat’s head or a pumpkin and cream cheese muffin, all baked fresh each morning.  Leftovers at the end of the day are donated to Joy Ranch Children’s Home.

You can still find the Millers selling donuts at the Rocky Mount Farm Days once a month or at an occasional flea market around southwest Virginia, including Hillsville’s Labor Day Flea Market.  You don’t have to wait for Farm Day or the Flea Market to try their delicacies.  The Dutch Oven is open Tuesday through Friday from 7:00 am to 3:30 pm and Saturdays from 8:30 am to 3:30 pm, 118 Court St, Hillsville, Virginia.  Call them at (276) 728-0302. 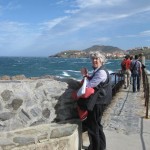 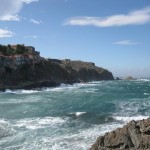 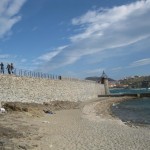 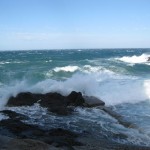 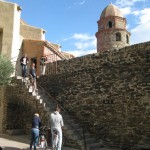 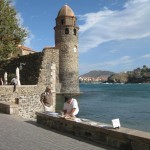